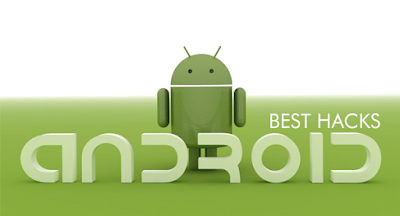 As you all know android is the mobile OS powered by Google and its one of the fastest growing OS in the world. In January 2015, there were 1 billion active android mobile phone users and the number is still growing. It almost covers 70% of the smart phone market.

Trick 1 :- Force Reboot Android OS is pretty heavier and due to this our phone gets freezes usually. What you do in such cases ? As none of your phone key will work. You just have one option and i.e just remove your mobile phone battery and insert it again.

But this is not a real solution right. You can also do "Force Reboot" in android just by pressing power button + home button + volume up button. This will automatically restart your android phone.

Trick 2 :- Reboot Android In Safe Mode
Like our computers, you can also run android in safe mode in case if something went wrong. The latest android version i.e jelly bean and after, supports this functionality. This was the must needed functionality in android as sometimes external/3rd party apps may causes problems.

So, to reboot your android phone in safe mode,

Which is your favorite search engine ? I guess google right and how frequently you need searching ? Very oftenly right.

In android you don't have to open your browser and go to google's homepage every time you wanted to use it. You can just use below mentioned trick,

Just long press your menu key and it will launch google search instantly.

I guess heading tells the whole story. Yes its true now you can unlock your android phone by using face detection technology.

This tech is only supportable in jelly bean and after versions. Even person has to blink his/her eye to prove that he's alive. The phone is not going be unlocked by using hard copy of the images.

So, I can say its pretty safer mobile phone lock system. To activate it,

Its always a good idea to install all your apps in SD card instead of installing them in phone memory.

Phone memory is something which makes your phone run faster so you must save it. Though some apps can't be moved in SD card. So, just leave them and move rest of the apps.

To execute this trick,

Go to setting >> Application settings >> manage application >> select the application, and you will see the option - move to SD card.

Trick 6 :- Get Detail Information About Your Phone Status

You can get detail information about your phone like phone information, battery information, usage statistics and WIFI information, Application time usage and so on just by dialing *#*#4636#*#* .

If your phone containing some virus and you're thinking of removing it. Then you can do factory reset. It will format your phone to factory level means all your settings will go in default mode and please note all your internal data will be deleted.

PS. Don't try this trick for fun purpose as it won't ask you for confirmation.

Long press on your home screen and it will open some additional option for customizing your phone.

Bonus Trick :- Android Version Animation This is bonus trick for Sooloadite users and this is really an amazing trick to play with your android phone. To execute this trick just follow below mentioned steps,

So, these were some best android phone hacking tricks. Hope you found this tutorial helpful and worth reading. Do let me know if you are facing any problem in executing any of the above mentioned tricks.