Home mobile-trick reviews Do You Know You Can Control Other Devices With Your Smartphone?

Do You Know You Can Control Other Devices With Your Smartphone?

Your mobile phone is basically a small computer that can do all kinds of things other than make and receive calls, make texts and surf the web. This handy gadget can even control different devices in your own home or office in just one tap of your screen.

You can control your television, home theater system, alarm system, temperature system and so much more with the use of the latest gadgets in the market 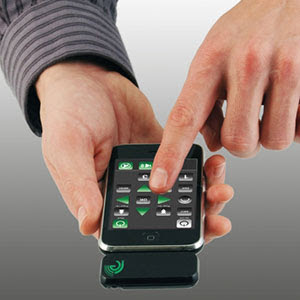 The newer versions of Android phones such as the Samsung Galaxy S6 and the HTC One M9 have new features such asinfrared blasters that can help you gain control of your environment. Here’s how:


If your phone does not come with an IR blaster then you may want to download a third-party app to control devices. One of the most popular is the IR Universal Remote or using the Galaxy Universal Remote. Not only are these apps easy to use but will also support numerous component manufacturers and models. Usually, the app that comes with high end devices do not support this much number of equipment brands and devices.

So you need to:


If you are using a much older Android device that does not come with an IR transmitter, you may need to use an adapter such as the Irdroid. This small device is plugged into your phone’s headphone jack to allow you to control devices wirelessly. You need to purchase an Irdroid and install the Irdroid app before you use your phone.

For iPhones, an iRed adapter is a compatible IR adapter is your best choice. Simply plug this in your iPhone’s headphone jack and install the app. You may now use your iPhone to control as many as 300,000 devices in your home or office.

Your Wi-Fi network at home may also be used to control devices using your phone if you do not want to install physical hardware especially if you are using an iPhone. However this gets really tricky since you need to download and install separate remote control apps on every device you have on your home such as your television, home theater system, Blu-ray player and so on.

The best thing about using your Wi-Fi network is that you do not need line of sight to control your devices and the apps are almost always free.

Do You Know You Can Control Other Devices With Your Smartphone? John Peter 2016-07-29T08:06:00+01:00 5.0 stars based on 35 reviews Your mobile phone is basically a small computer that can do all kinds of things other than make and receive calls, make texts and surf the ...

Share this with short URL Get Short URL
mobile-trick
reviews

0 comments on "Do You Know You Can Control Other Devices With Your Smartphone?"