Home reviews Smartphones And Tablets Against Laptops Which Is Better? - Check Out My Reasons

Smartphones And Tablets Against Laptops Which Is Better? - Check Out My Reasons

Hello guys, if you are reading this right now it means you own and currently using a laptop, smartphone or tablet. Which ever one you own or currently using, I’m sure you have a reason for it. So this post tries to find out what could be that reason. 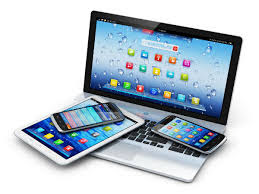 WHY SMARTPHONES/TABLETS ARE BETTER THAN LAPTOPS

1. Mobility and Availability
This is one very important advantage the smartphone and tablets has over the laptop. Wherever you go, there it is. It IS in your pocket or purse. It sits ON a table next to your bed at night. Whether you want to surf the Web, check email, see what the weather is like, or make a call, the smartphone is almost always within arm’s reach . In fact, odds are fair that your smartphone will go with you even if you choose to take a laptop or tablet. The question is, “Would the smartphone be enough on its own, or do you also need to bring along a laptop or tablet?”

I don’t intend to make it seem likelaptops haven’t got connectivity features also. The point however is : Smartphones are mobile phones first, and portable computing devices second. While some tablets, and even a few laptops come equipped with the technology to connect with cellular networks, it is a certainty withsmartphones. As ubiquitous as Wi-Fi networks seem to be these days, there are still vast expanses where there is no wireless network — but your smartphone can still get a 3G (or maybe even 4G ) signal. Many smartphones can also act as a Wi-Fi hotspot, enabling you to share the cellular data connection with your laptop or tablet to connect from virtually anywhere.

Try that with your laptop or tablet. I suppose you can at least make Skype or Google Voice calls from a laptop or tablet, but the smartphone stands alone among these three as a communications device. Sometimes the best way to clarify project requirements, or coordinate resources is with an actual conversation, and thesmartphone ensures that you can make or receive calls from virtually anywhere.

Along with voice calls, smartphones also enable communication via text messaging. It is faster than email, but less intrusive than a voice call. It works virtually anywhere without requiring that you be logged in to anything in particular. It is a convenient way to keep others informed, or get answers to simple questions, and you can do it with just a few swipes and taps rather than having to boot up a computer.

The smartphone is the new Swiss Army knife. It does a little bit of everything. Just as the Swiss Army knife is a great knife, but makes a questionable saw or pair of scissors, the smartphone is better at some things than others. But, it is nice to know that it can be a phone, or a camera, or a portable music player, or a GPS device, or an e-reader, or just about anything else you need it to be. It may not be the best at most of those functions, but it is nice to know that it can at least do them, and that you have it with you virtually 24/7.

So what is your own take? Can smartphones and tablets replace our laptops? Which do you think is better and more user friendly and why?

Smartphones And Tablets Against Laptops Which Is Better? - Check Out My Reasons John Peter 2016-07-28T18:20:00+01:00 5.0 stars based on 35 reviews Hello guys, if you are reading this right now it means you own and currently using a laptop , smartphone or tablet . Which ever one you ow...

0 comments on "Smartphones And Tablets Against Laptops Which Is Better? - Check Out My Reasons"