Malaria is one of the deadliest disease in the world, though it has been neglected by many, it does not fail to claim millions of lives annually. It is a life-threatening disease caused by parasites called Plasmodium which are transmitted to people through the bites of infected female Anopheles mosquitoes called "malaria vectors". According to World Health Organization (WHO), in her World Annual malaria Report which is being published every year in December, disclosed that malaria has claimed  about 200million lives globally. In 2015, 95 countries and territories had ongoing malaria transmission and about 3.2 billion people (almost half of the world’s population), are at risk of malaria. 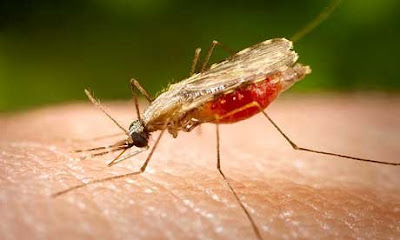 Though there are 5 parasite species that causes malaria in humans, but 2 of these species  (P. falciparum and P. vivax) poses the greatest threat.

P. Falciparum is the most prevalent malaria parasite on the African continent and is responsible for most malaria related deaths across the globe.

P. Vivax is the dominant malaria parasite in most countries outside of sub-Saharan Africa. The fortunate thing about malaria is that it is  preventable and curable.


In one of the many ways which was adopted and taught by many health agencies in  the war against malaria, John Lewandowski, a 26-year-old PhD student in mechanical engineering at MIT took this fight to a technology realm  by making a mechanical device called RAM (Rapid Assessment of Malaria) that can diagnose malaria from a drop of blood in five seconds.


The Lewandowski’s R-A-M device only needs a single drop of blood to accurately detect the presence of malaria using Magneto-Optical Detection as early as a week before symptoms even present themselves.

Like a pregnancy test, the RAM analyzes the sample and returns either a positive or negative response. The RAM consists of an outer box, LCD display, a circuit board, a laser, some magnets and an SD card reader.

A recent field test that was conducted in India yielded results that were significantly accurate of about  93% to 97% of the time, and the company will launch a new field trial this summer in Nigeria.

We patiently Anticipate it's arrival.

Wow! See The New Malaria Detecting Device Coming To Nigeria John Peter 2016-07-15T20:38:00+01:00 5.0 stars based on 35 reviews Malaria is one of the deadliest disease in the world, though it has been neglected by many, it does not fail to claim millions of lives annu...