WHAT IS THE FULL MEANING OF LTE?

This major milestone will enable Globacom to offer its subscribers data intensive applications, and will particularly be great news to individuals who consume huge volumes of data, as well as government and corporate organisations like banks, oil and gas companies, academic institutions and health institutions, which rely exclusively on seamless data transfer for their operations. 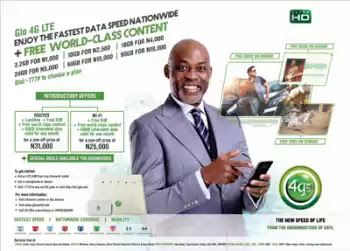 In addition to the launch of 4G LTE services, Globacom has also unveiled a set of 4G data bundles to enable all categories of subscribers to have access to the unique products and services. Under the new plan, subscribers will get a whopping 1.6GB of data for N500, while N1000 will give them 3.2GB data. Other exciting offers include 7.5GB for N2000, 10GB for N2,500, 18GB for N4000 and 24GB for N5000. The benefits also include free access to thousands of music, video and movie on demand while the data plan range from N50 to N18,000 for the benefit of all.


Below is the list of towns in Nigeria with Glo 4G coverage at launch time:


So, if you are in any of those locations, you have the opportunity to connect to Glo 4G LTE network immediately provided you have a 4G phone; have gotten Glo 4G SIM and have subscribed to glo 4G data plan.

Globacom promises that 4G services will be extended to other major cities in quick succession.

Share this with short URL Get Short URL
Glo