Nigerians Should Be Prepared For Data Price Increase In 2017

It looks like the NCC has already made up their mind to increase data price despite the intervention of the Nigerian Senate.

Recall that Telecommunication networks sent notice to their respective customers, notifying them of the planned increase of data price. Though at some point NCC denied they persuaded Tesco's to increase data price. 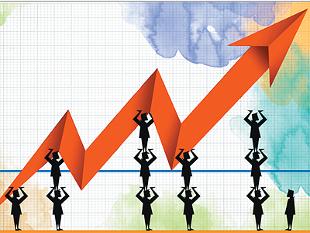 Recent development shows how NCC is bent on increase the data price.  According to Federal Government :

operators in Nigeria are really operating on a very harsh situation which is not known in other advanced countries. For instance over the years, the Nigerian state has not succeeded in fixing electricity over the last 20 years. This industry relies on electricity and because Nigerians have failed in providing reliable electricity, it means they have to rely on extra budgetary provisions to provide electricity 24 hours, seven days a week with additional expenditure which does not operate in other countries which we seek to copy.


Danbatta said what NCC did was to introduce an interim price floor of 90 kobo per mega byte below which telecommunication companies are not allowed to sell, a reduction from an initial price floor of N3:11k, which was suspended in 2015.

He also said the absence of price floor created a “price war” in the telecommunication sector, which was becoming unhealthy for competition.

What the Federal Government is trying to say is that Nigerians should expect data price increase anytime soon, since their initial plan was stopped by the Senate.

Nigerians Should Be Prepared For Data Price Increase In 2017 John Peter 2016-12-13T12:20:00+01:00 5.0 stars based on 35 reviews It looks like the NCC has already made up their mind to increase data price despite the intervention of the Nigerian Senate. Recall that ...