A lot of users have always complained about the Facebook mobile app, especially the android version because it slows down the phones general performance, even when running in the background and also consumes a lot of battery. 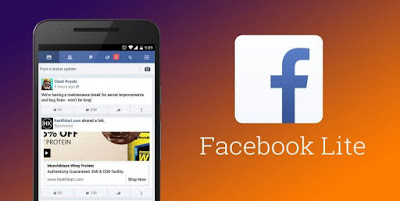 Facebook have rolled out lots of updates over the years to tackle this issues but with no success. And that is the main reason while Facebook decided to launch the lite version of the traditional Facebook app and it's called the Facebook lite app.

A lot of people prefer the lite version over the main Facebook app majorly because it consumes less data, RAM and also battery.
Mark Zuckerberg who happens to be the CEO of Facebook, just announced that the Facebook Lite app has crossed 200 million active users. This number doubled over the last year. This is not surprising considering the fact that a lot of people now prefers the lite version to the main app.

So if you are still stuck with the main Facebook app and experience frequent battery drain and performance lag, then you might want to try out the Facebook lite app.

Facebook Lite Hits Over 200 Million Active Users John Peter 2017-02-14T10:12:00+01:00 5.0 stars based on 35 reviews  A lot of users have always complained about the Facebook mobile app, especially the android version because it slows down the phones gener...