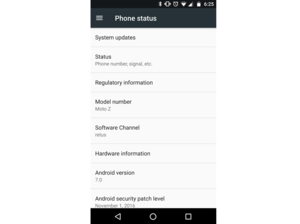 This post is bringing a very good new to all the Motorola Moto Z users. Top phone manufacturers Motorola has started rolling out android 7.0 Nougat update to all the users of the unlocked version of the Moto Z smartphone. Maybe I might consider switching to Motorola Moto Z
If you currently own an unlocked version of the Moto Z, then I believe you must have started recieving the notification for the OTA update of the android 7.0 Nougat.

For those who don't know, the android 7.0 Nougat comes with some really cool features and improvements such as the enhanced version of Doze for better battery life, the multi-task multi-screen, an improved notification system, the ability to close all open apps with a single tap, and more. The update also adds support for Google's Daydream VR platform.

When you receive the notification for the update its advisable to make sure your battery is fully charged or your phone is plugged to a power outlet before you proceed with the update. Also make sure you are connected to a Wi-Fi or a very strong mobile network. 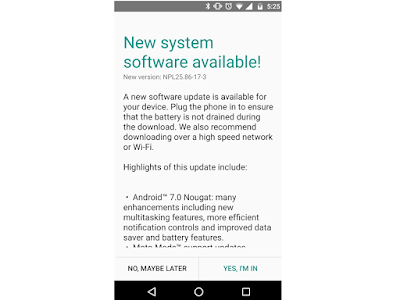