Many Google Pixel users have been complaining about a bug with their devices where the Bluetooth would switch off on its own and if you switched it back on it could switch off again. Last month, Google had announced that they are aware of the issue and had fixed it, and that it will be rolled out to the device shortly. 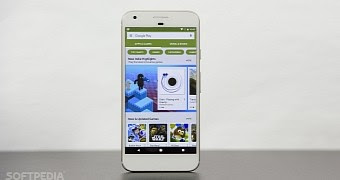 Google confirmed recently that it has finished putting the fix in place and that affected devices should be working now properly. Moreover, there is no update that needs to be installed by the user and the fix is installed automatically. Google confirmed that it is a server-side update and it's likely that the fix was installed through Google Play Services update, which happens automatically in the background.

Any other devices affected by this should likely get fixed too.

Google Has Fixed Pixel Bluetooth Bug Via Automatic Server-side Update John Peter 2017-03-27T08:59:00+01:00 5.0 stars based on 35 reviews Many Google Pixel users have been complaining about a bug with their devices where the Bluetooth would switch off on its own and if you s...