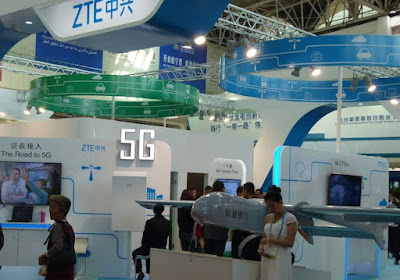 By the year 2020, we would be welcoming the fifth generation of mobile network (5G) that is expected to change the face of how we transmit data wirelessly. Smartphone manufacturers such as Samsung, Nokia, Alcatel, etc. are already in the 5G arena.

Recently, Chinese smartphone maker ZTE unveiled a 5G enabled smartphone at the Mobile World Congress (MWC) in Barcelona known as the “Gigabit Phone”, this is the world’s first smartphone that is capable of achieving download speeds of up to 1 gigabit per second (Gbps), which is 10 times faster than the current first generation of 4G services.


"With the new device, the way people stay connected will be changed forever. Focusing on 5G technologies will be one of the key priorities of ZTE’s global development. ZTE will be very glad to leverage its technology strength and experience in 5G to cooperate with government and business partners to discuss and facilitate the upcoming 5G era,”

The smartphone also has a 4×4 MIMO antenna technology and 256-QM modulation that allows it to achieve LTE download speeds that are not even available on most routers meant for home use. This is possible due to ZTE’s technology strength in 5G and Pre5G Giga+ MBB solutions, which makes the Gigabit Phone three times as powerful at improving data processing capability in the current network.

South Korean carrier KT Corp aims to offer trial 5G services during the 2018 Winter Olympics in Pyeongchang, while Japan is expected to implement the 5G technology as early as September 2017, as per a report.

We all wait to see this new innovation.