Home news Facebook New Tech That Can Read Your Mind

Facebook’s developer conference F8 is known to show off the upcoming projects and research work of the company. Previously, we have seen Mark Zuckerberg shared his plans regarding Augmented reality with its camera platform.

Well, Facebook had shown some lights towards mysterious Building 8 (B8). According to the reports, Facebook started its Building 8 team to create futuristic gadgets.

The company had revealed plans of two projects that are underway. Regina Dugan , who is the head of Building 8 said that the team consists of 60 engineers who are working to build a brain-computer interface. 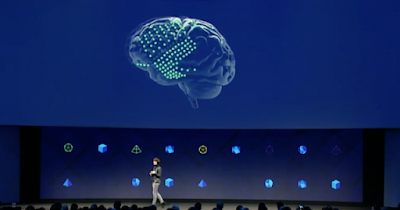 Well, Regina Dugan is the director of the Pentagon’s DARPA research agency and she previously headed Google’s similar Advanced Technology and Project Groups.

Today, at F8, we announced two projects focused on building new capabilities for communication. Think of them as “silent speech interfaces” with all the convenience of voice and the privacy of text. We asked these questions: What if you could type directly with your brain? And what if you could hear with your skin The answers reinforce what we intuitively know…
We are wired to communicate. And connect. ..


The reports say, that the brain-computer interface will let users type just by their minds without the need of any implants. Building 8 team will use some advanced technology like optical imaging that can scan users brain hundred times per second.

This brain-computer interface can seamlessly detect your mind languages ( the language you speak in your head) and can convert into the text. Regina Dugan, calls this a “silent speech interface”.

Not only these, Regina Dugan also shared the goals of the ongoing project. She estimates that over the next two years, B8 aims to build the system that can type 100 words per minute using mind. Which is almost 5-times faster than typing on the phone.

Facebook New Tech That Can Read Your Mind John Peter 2017-04-24T09:46:00+01:00 5.0 stars based on 35 reviews Facebook’s developer conference F8 is known to show off the upcoming projects and research work of the company. Previously, we have seen M...

0 comments on "Facebook New Tech That Can Read Your Mind"