The recently released HTC U Ultra is now in the process of receiving its first ever software update. This has started rolling out today according to Mo Versi, the company's VP of Product Management. 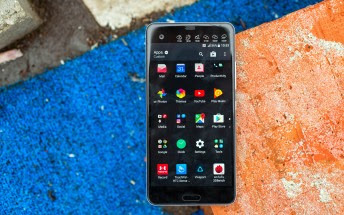 A Twitter user and U Ultra owner has confirmed getting the update with the screenshot you can see to the left. The new software version is 1.15.401.12, and it's 638MB. 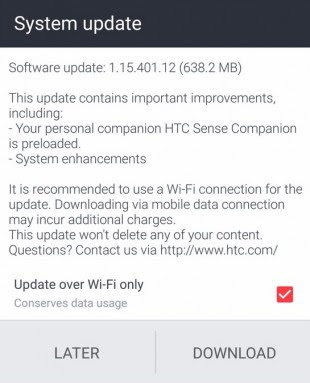 The changelog is pretty sparse, but it does mention the fact that the HTC Sense Companion app is now pre-installed. That's the app that houses all of those "AI" features that HTC talked about at the U Ultra's unveiling, and oddly this wasn't available when the handset arrived in stores. Instead, it launched through the Play Store just a little bit later than that, for whatever reason.


Aside from that app, you'll also get some new (but unnamed) features for the phone's second screen, Versi mentioned. Of course the usual bug fixes and system enhancements are in too.

As always with such over-the-air rollouts, you shouldn't panic if you don't see the update notification today. These things take a few days (at least) to make it to every unit out there.

HTC U Ultra Smartphones Receive Its First Software Update John Peter 2017-04-06T12:51:00+01:00 5.0 stars based on 35 reviews The recently released HTC U Ultra is now in the process of receiving its first ever software update. This has started rolling out toda...