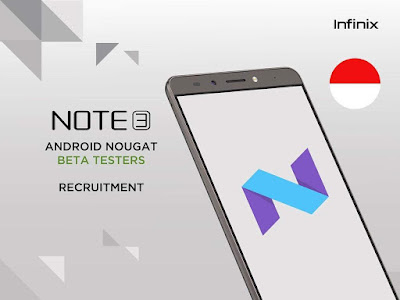 I have noticed that one of the major reasons why some people prefer Infinix to other brands is because Infinix users are guaranteed at least one firmware update, either you are using a low end or flagship Infinix smartphone.

Note that before the official update is released, a beta version with lots of bugs will be initially released for interested users, while the official version will be released later on after most of the bugs have been fixed and the ROM is also more stable.

Below is the full list of Infinix smartphones that will receive the Nougat update and the scheduled date.

From Marshmallow to Nougat:  End of April

From Marshmallow to Nougat:  End of April


So, if your smartphone type is listed above, you should be expecting the update but if you don't receive the Over The Air (OTA) update, you can go ahead and update it manually.

List Of Infinix Smartphones To Receive Android 7 Nougat Update And Date John Peter 2017-04-10T08:17:00+01:00 5.0 stars based on 35 reviews I have noticed that one of the major reasons why some people prefer Infinix to other brand s is because Infinix users are guaranteed ...