One of the best Smartphone company, Innjoo will soon launch its new flagship device which they called Innjoo 4. This new smartphone was announced last month at the World Congress in (MWC) that was held in Barcelona. Innjoo 4 is the first smartphone ever to have Deca-Core Processor meaning it has eight-core chipset processor. In the other hands, the smartphone is powered by a Decare-Core Mediatek Helio x20 2.3GHZ processor.

The new Innjoo 4 features 6GB of RAM which gives room for a fast multitasking with 6GB internal memory which can be upgraded using MicroSD card. It also features an amazing and stunning design with a sleek and less weight. The smartphone comes with Dual camera and the photos taken with the back rear camera will look more like a photo taken with a good high megapixel Samsung or Sony camera and it will definitely be crystal clear. 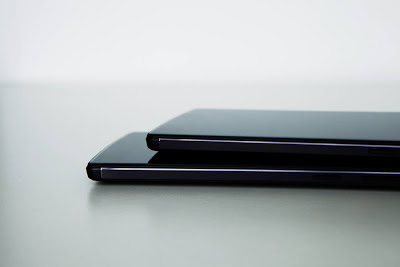 The front facing camera which is made for a sweet selfie taking that is 5MP for selfie lovers include the best selfie made camera, while the back camera is 16 MP for your cool and wonderful pix taking.

The smartphone runs on Android Nougat 7.0 out of the box and its the first Android Nougat from the company. Meanwhile, the phone uses 3400mAh battery capacity with fast charge technology.

The Innjoo 4 is not yet available for pre-order both offline and online as at the time of publishing this post but will be available by 20th of  April 2017.

Full Specification Of New Innjoo 4 With Great Features John Peter 2017-04-13T10:44:00+01:00 5.0 stars based on 35 reviews One of the best Smartphone company, Innjoo will soon launch its new flagship device which they called Innjoo 4 . This new smartphone wa...