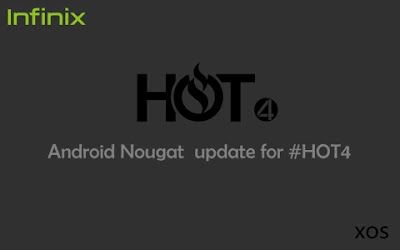 Smartphone manufacturing giant Infinix has proved to be one of the best reliable and trustworthy company so far, recall that we published a post on this blog regarding the scheduled and gradual release of Android 7 Nougat update to most of the Infinix smartphones. Recently Infinix officially released Android Nougat update for Note 3 and Note 3 pro users.

Infinix has also released an Android Nougat update for Hot 4 users. Infinix Hot 4 was also on the list of smartphones likely to get Android Nougat official update from Infinix and it was actually part of their promise. 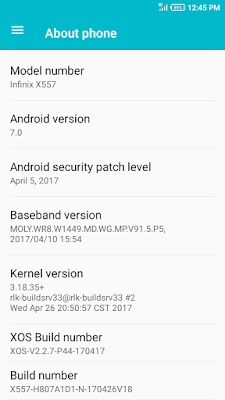 Most Infinix Hot 4 users have already started getting their update via OTA (Over The Air), but for those who might have still not gotten their Android Nougat update via OTA, I will be providing download links for TF Card and Flashable ROM for you to update manually using your phone or PC respectively.

Note that this is just one of the many Infinix smartphones that will get the Nougat update. You can check if your phone is eligible for the update by clicking on this Link.

Android 7.0 Nougat Update Now Available For Infinix Hot 4 Users -See How To Upgrade John Peter 2017-05-04T10:22:00+01:00 5.0 stars based on 35 reviews   Smartphone manufacturing giant Infinix has proved to be one of the best reliable and trustworthy company so far, recall that we publi...