Reason Why China Wants To Launch Its Own Wikipedia By 2018

China has always been known for its strict policy on Internet censorship which prevents users in mainland China from accessing proscribed websites. From September 2015 till date, over 3,000 websites have been blocked by the Chinese authority and they include some very popular sites like Google, YouTube, Yahoo, Wikipedia, Facebook and many more. 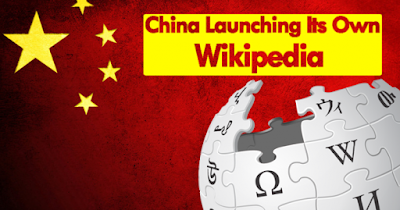 The Chinese government believes in the saying that "if you can not control the information outflow,  then you should block it and create your own". While some popular websites like Google, Youtube,  Facebook and Twitter are blocked in China, the authority made sure they provide alternatives like Baidu, Weibo, RenRen and Youku.

According to reports, 20,000 people will be hired to ensure that the Chinese version of Wikipedia will have 300,000 entries and that each will have about a thousand words. The contents will be generated and managed by teachers of the main universities of the country and of course, it will be closely monitored by the Chinese authority.

Considering the fact fact that 2018 is just around the corner and the Chinese government have just limited time to release their own online encyclopedia, what do you guys think about this latest development and do you believe they will be able to pull it off with this.

Reason Why China Wants To Launch Its Own Wikipedia By 2018 John Peter 2017-05-11T11:01:00+01:00 5.0 stars based on 35 reviews China has always been known for its strict policy on Internet censorship which prevents users in mainland China from accessing proscribed ...