Infinix early this year released a list of their smartphones that will be getting Android 7.0 Nougat update via OTA and Infinix Hot 4 was included among other Infinix phones. Although some Infinix phones have started getting the update as promised, example are the Infinix S Pro and Infinix Zero 4. 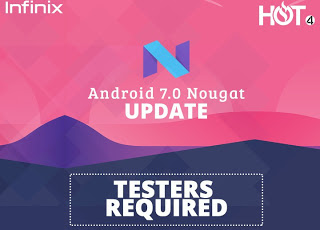 The Beta version of Android Nougat  has come to make Hot 4 users have a feel or what to expect from the official version of the Android Nougat from Infinixmobility. It is very easy to update to Nougat using the method I will be showing you below. 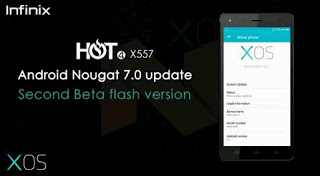 Some of the fixes you will get from the Beta version of Hot 4 Android Nougat Update include: 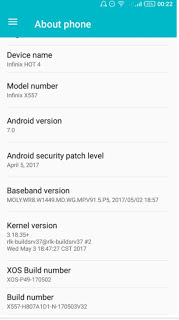 After upgrading, if you encounter any boot loop simply go and clear System Cache.
Please Note that this is not the official version of Android 7 Nougat...You can wait till June for the official release of Infinix Hot 4 x557 Nougat update.

I hope this helps?