We now live in a society where most people are looking out for big smartphones and tablets, although there are others who don't like using tablets, rather depend on some moderate smartphones that can give them exactly what they want.

A Chinese company based in China Unihertz has introduced smaller smartphone called Jelly that is about 2.4 inch and runs on Android 7 Nougat. It measures about 92.3 x 43 x 13.3 mm and can serve as an alternative to big phone users. Jelly smartphone comes with 240 x 432 pixels screen display.

This smartphone actually looks like a toy to most people but I tell you, it is worth is because Jelly runs on Android 7 Nougat and also supports 4G LTE... Wonderful! Jelly is equally powered by a quad-core 1.1 GHz processor. 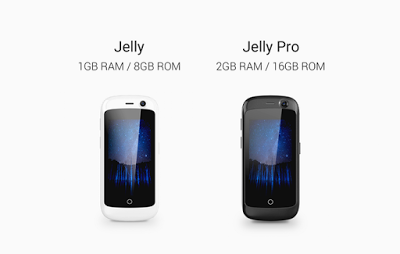 Here is a summary of the Specifications

Meet The Smallest Phone That Runs On Android 7 Nougat And Supports 4G LTE John Peter 2017-05-05T09:56:00+01:00 5.0 stars based on 35 reviews We now live in a society where most people are looking out for big smartphones and tablets, although there are others who don't like usi...