Music plus is one of Nigeria's biggest music portal that feature songs from top artist around the world. It has been a source of income also to upcoming artists because Music+ allows upcoming artists to promote their songs by uploading it to their database.

This wonderful platform it powered by MTN and has since its inception been massive and helpful to Nigerian upcoming artists. But recently, there seem to be an abuse of the use of the music portal which is now a concern to MTN being the pioneers of the platform. 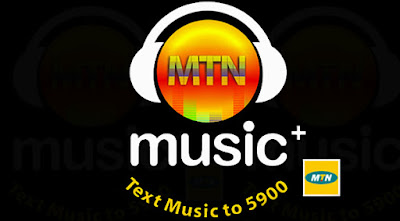 Musicplus subscribers according to a text message from MTN are now uploading other top Nigerian Artists songs to make cool cash instead of being creative and hardworking with their own songs so as to get more sales.

MTN is now pleading with subscribers who are uploading songs belonging to other artists to be creative with their personal songs so as to gain legitimate reward, the plead was contained in a text message sent to Music+ subscribers, the message reads:

Dear Music+ subscriber, Kingly stop uploading songs belonging to other artists. The UGC is meant for your own creation. Get creative & be rewarded. Thanks.


See the screenshot of the said message below: 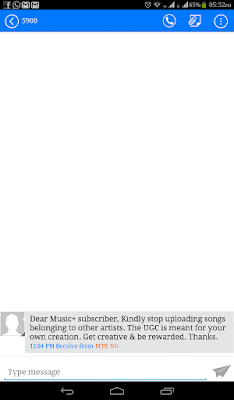 I think people are just not satisfied with little opportunity given to them, they just want it all for themselves which is not good.

MTN Pleads With Musicplus Subscribers Uploading Other Artist's Songs John Peter 2017-05-05T17:34:00+01:00 5.0 stars based on 35 reviews Music plus is one of Nigeria's biggest music portal that feature songs from top artist around the world. It has been a source of income ...