One of the most popular games which catch the interest of most young boys and girls, Pro Evolution Soccer is said to be getting a new version for 2018. Konami is about to release the new PES2018 this year against 2018.

Konami which is the company that is creating the Pro Evolution Soccer has not officially released the release date of game but as with other released dates, Pes2018 may likely be release on the 12th of September in America, 14 of September in India and Europe and 16 to the rest of the world.


In a statement Konami released, it states:

"Centred on the concept that PES 2018 is 'Where Legends are Made', the new game hits the floor running with new features, new ways to play, a PC version to the standard of the leading console iterations, and an unrivalled gameplay experience." 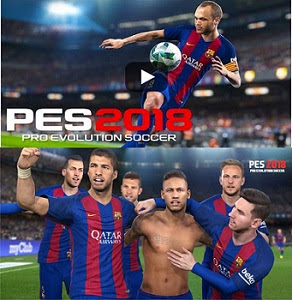 The company has added some improved features to the game in order to give Pes2018 players maximum users experience while playing. Some of the features of PES2018 are:

Among the newly added features, one major feature Konami also added to the PES 2018 is called "Real Touch +" which according Konami:


"Allows players react to receiving a ball using permissible parts of the body, such as chest, head, and legs to bring a pass under control dependent on the height and pace of the incoming ball."

This, it says, is done through "simple movements of the control stick."

Share this with short URL Get Short URL
Games
reviews