An official statement has been made after announcing the extension given to Blackberry and S40 users to support Whatsapp till the end of  June 2017 and subsequent shift of deadline till December, 2018. This could be another good news because Whatsapp will continue to support older versions of Android till 2020. 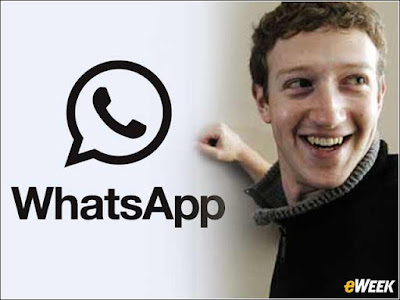 Recall that Whatsapp had last year 2016 said they'll stop supporting Android 2.1, Android 2.2 and some other devices including Blackberry and S40 by the end of 2016. But the same source is also giving users of older Android versions the assurance that WhatsApp will continue to function on those older versions especially Android 2.1, and Android 2.2 till 1st of February, 2020.

Facebook-owned Instant Messaging App-Whatsapp also added that not only will they continue to support those devices, they may no longer enjoy all the latest features because Whatsapp will no longer actively release new versions for these phones.

The 2 years grace is really enough for all those using older versions of Android to upgrade their phone if they still use a phone running on Android 2.0 downwards, get an Android phone that runs at least Android 5.1 or Android 6.0.

Again! Whatsapp Extends Deadline For Disconnecting Lower Android Versions Till 2020 With Conditions John Peter 2017-06-22T12:30:00+01:00 5.0 stars based on 35 reviews An official statement has been made after announcing the extension given to Blackberry and S40 users to support Whatsapp till the end of   ...