Why Etisalat Nigeria Changed Its Name To 9Mobile -0809ja

Etisalat Nigeria on Thursday, July 13, changed its name to 9Mobile following the debt crises and other issues affecting the brand in the country. Premium Times reports that after a meeting of the management of the firm on Thursday in Lagos, 9Mobile was adopted by the company as the new brand name.

Though they had promised that the internal operations will not be affected and staffs will not be laid off only the name will change and it has changed. 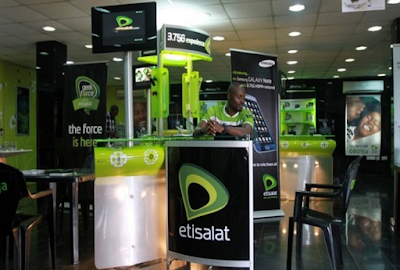 This happened after Etisalat International issued 3 weeks ultimatum to change the name. Now that the name has changed, you should begin to see the effect of the name change from your mobile device any moment soon.

We should be expecting adverts on media outlets to create awareness to the public and am sure it's just a matter of time before we get used to the new name.

Note that the change of Etisalat name won't affect your Etisalat line, your data plans, your airtime, your subscriptions or your tariffs as everything is still intact.

The name sounds strange, but with time, you’ll be used to it and I also think they chose 9Mobile just to keep the "Naijacentric" alive and still have that 0809ja name.

What do you think about the new name?

Share this with short URL Get Short URL
Etisalat