Giant Phone Manufacturing company Infinix is always prepared to blast the Nigerian Market with new smartphones. Adding to their ever blazing Hot Series, Infinixmobility has again introduced another Hot Smartphone which is called the Infinix Hot 5. This is coming to succeed the previous Infinix Hot 4 smartphone. 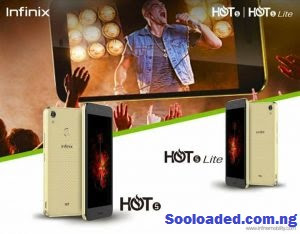 Prior to the dispatch of the two Android Cell phones, Infinix released some of the new features that were added to the Infinix Hot 5 Smartphone.

Some Features of the Infinix Hot 5 and Hot 5 Lite

The Infinix Hot 5 is a rigid structure has been combined with colorful 3D Texture to encapsulate youthfulness, beauty, and personalized aesthetics.

It creates realistic entertainment with high-impact audio & video with the help of the Dirac Stereo WideningTM technology. Lets take a look at the key specs of the Hot 5.

As with other Hot series Smartphones, Infinix Hot 5 also comes with a Lite version with low budget. I will be showing you the quick specifications of the Hot 5 Lite.

Like the Infinix Hot 5,  the Lite version also have the front dual speaker and it is called “My Mobile Cinema”. Not only that, it also comes with the Dirac Stereo WideningTM technology that creates realistic entertainment with high-impact audio & video. The Hot 5 Lite comes with not-too-bad specifications or features as we can see below There is no 4G Network attached to any of them. And also, none feature a 13MP rear camera. The Hot 5 or the Hot 5 Lite is specifically made to watch videos, movies like never before with its enhanced front dual speaker.

What do you think about this newly introduced Hot 5 and Hot 5 Lite by Infinix?