WhatsApp Is Coming To iPad With Split Chat Feature

I believe as an iPad user, you must have noticed that unlike Telegram, WhatsApp right now is not available for iPad, however something is going to change as WhatsApp is making plans to extend their messaging platform to iPad.

Reports from WAbetainfo indicates that WhatsApp is taking a shot at developing an official WhatsApp for Apple iPad.

The texting application on iPad will have standout features from the portable version of the app alongside an overhauled interface for the tablet's UI and bigger presentation of texts and icons. 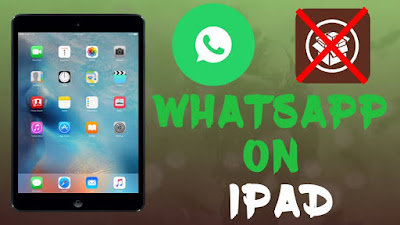 The highlights of the WhatsApp on iPad will include split chat, which will enable users to send and check messages for more than one chat at the same time.

The iPad version of WhatsApp will have almost every of the features for iOS, including voice call and also has the function of locking the application with Touch ID Authentication.

Although the leaked report indicates that WhatsApp for iPad is yet to be accessible, support for WhatsApp Messenger on iPad could be included in the next beta update via TestFlight.

At the moment, we are hanging tight in anticipation of the full rollout of WhatsApp Dark Mode as earlier published on Sooloaded Blog.

WhatsApp Is Coming To iPad With Split Chat Feature John Peter 2019-04-10T10:50:00+01:00 5.0 stars based on 35 reviews I believe as an iPad user, you must have noticed that unlike Telegram, WhatsApp right now is not available for iPad, however something is ...