I want to believe you remember how Whatsapp withdrew their support for Blackberry OS in 2017, Android version that are below 2.3.3 and Windows Phone 7 in 2016.

The company recently confirmed it will no longer support Windows Phones, just as they are ending support for some versions of Android and iOS. 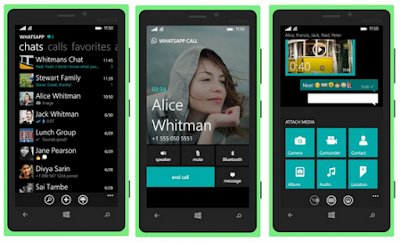 Beginning from 31st December, 2019, WhatsApp will no longer work on Windows Phones, and then one year from now, Whatsapp engineers will end their support for devices running lower versions of Android and iOS.

Some may be asking why WhatsApp chose to end support for Windows Phone before 2020, well it is inline with Microsoft's choice to end support for their Operating System. You wouldn't expect the visitor to sit put when the owner of the house is locking the door right?

About the other Operating Systems, WhatsApp will no longer work in devices that are running Android versions that are lower than 2.3.7 beginning February 1, 2020.

Additionally, devices that are powered by iOS 7 or lower versions will not be compatible with WhatsApp starting from 1st February, 2020.

In any case, since WhatsApp will not be creating for these Operating Systems, a few features that are presently accessible may stop working or functioning properly on those devices even before the due date, so you should upgrade to a new device to continue enjoying Whatsapp.