No doubt, the camera could be the selling point of the smartphone. But all things considered, the Galaxy A70s is also fueled by octa-core Qualcomm Snapdragon 675 processor combined with up to 8GB of RAM and 128GB of internal storage. The smartphone houses a 4,500mAH battery with 25W superfast charging support. According to Samsung, the Galaxy A70s can keep going for an entire day on single full charge. 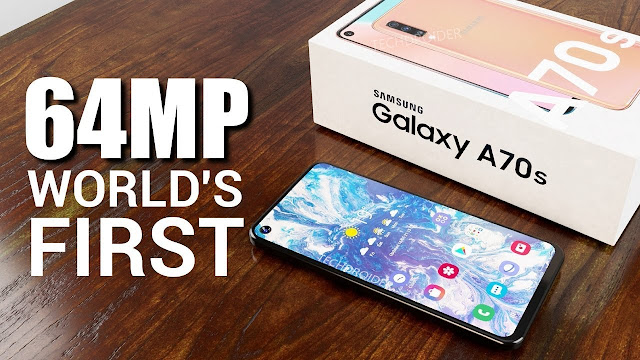 The two versions of Samsung Galaxy A70s are currently on sale in all the major markets and on the internet, But there is no certain date when the smartphone will be available in Nigeria.

0 comments on "Specifications, Price And Availability Of Samsung Galaxy A70s"